It had been a long time coming.

Run them on your Z3, and you’ll be almost forgiven for thinking about buying a 318 TI.

The RS765 is an all round beautiful wheel, issued at a time when the Munich brand was doing one thing and one thing only : churning out the hits.

E36, Z3 Z3M Coupe, E46 all those decisive cars have a few things in common, amongst others 6 cylinders and a set of 2 piece wheels.

Of course BBS was at the forefront to provide the pavement to chassis linkage.

Thought Chromodora in Italy produced a lesser known 2 piece wheels for those same chassis, the style 42 has not much in term of competition.

So I decided to pit it against an uncanny rival. The no OE no problem competitor for the other side of the Alps : OZ Racing. 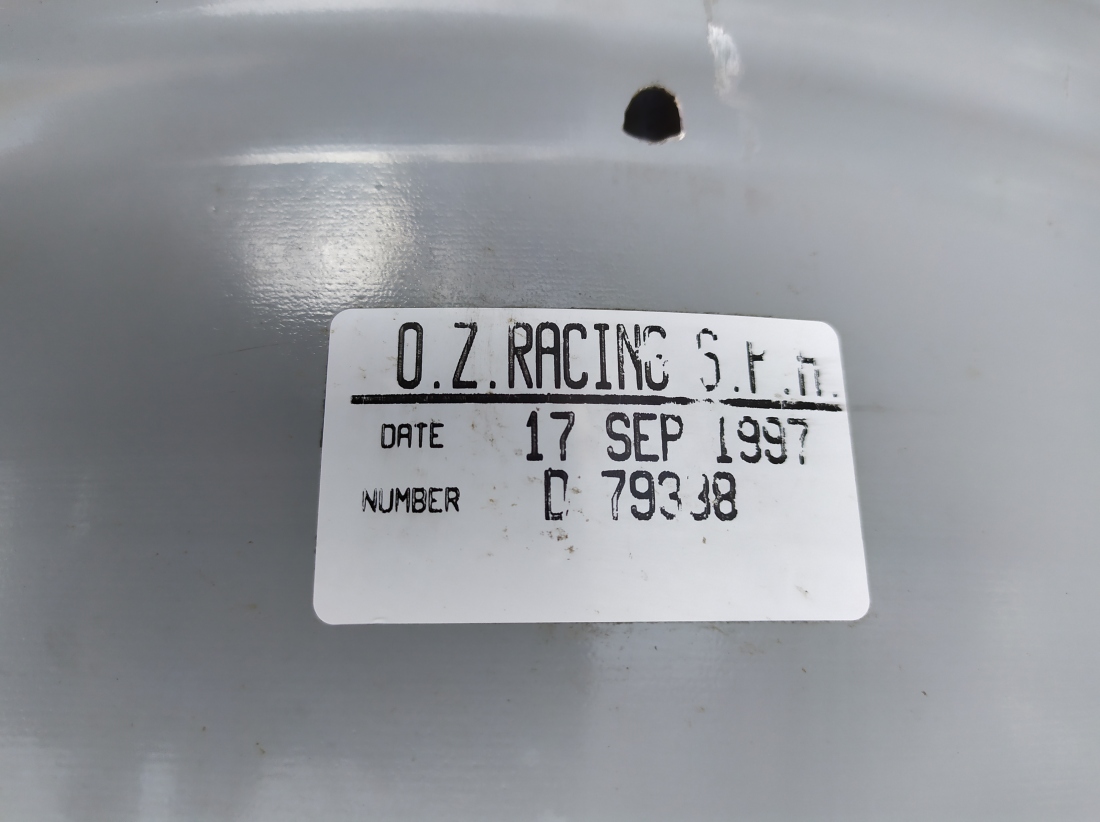 See at this time OZ had been busy making beautiful wheels for AMG, but wasn’t exactly well acquainted with the bimmer world. Of course They had collaborated extensively with Alpina, or Hartge for that matter. But not with Mother quite yet.

I said somewhere that the 80’s in car culture was the last true modernist decade, in the sense that there was a positively upward trend in everything, and that trend was poised to go on and on.

Well i’d say the 90’s is were it slowed down markedly. Things were getting stuffy.

Case in point with that F1 Locking System.

Yep, it’s F1 approved. Although with a double serving of BTR to unleash the caps i am not sure they won many races with that system involved on each of their wheels.

But i digress, that F1 system is interesting. I tend to linger on caps. The bulletproof cap by Ronal for the Lorinser R91 was a high watermark of my life a couple of months back.

This F1 system is the end result of starting with the already complicated system of the basket-weave / style 5 wheels and just taking it further in term of complication and moving parts.

Although to be fair i happen to love the tea plates style (« soucoupe » in french) design of the under cap. It looks so simple and fresh, especially on DTM wheels.

This wheel is, in a way, a collection of nodes to motorsports.

But we know, being a 2 piece wheels, it is only for show. 2 piece wheels are like that, they have the complication of the 3 pieces without their modularity.

They are just for show, but damn do they look good.

But then going back to the 90’s, it is a just a natural step in the evolution from the  track to the street. Most 3 piece wheels had been taken from the races and applied to the street as is.What if you wanted something a bit cheaper ? Easier to operate ? easier to refurbish ? The evolution from 3 to 2 piece wheels was just a logical one, when one cared about the looks rather than the hot laps.

Being a basic bro i tend to favor the RS765.

The tranquil  blue/white harmony of the bimmer logo matching with the pale silver, the sparkling silver metallic paint and the divine polished mate lips, it is just beautiful.

The OZ is just different, it is also more strongly built : see the classic race shape of the inner barrels : no funny stuff classic hemisphere (« half H ») pattern: maximum weight for maximum resistance.

It was built for the heavier 5 series; straight Sixes and V8s need apply.

One can only wonder why OZ did not chose to use that dramatic offset (+15).

The lips it would have created !

To finish as regards to build quality i was impressed by the pugnacity of the clear coat and paint of the BBS wheel, although it turned hazy and started to bubble quicker than the OZ.

OZ uses a 10 point not quite 7mm not quite 8mm proprietary socket for your own pleasure.

To wrap up this piece, i started this comparo because i thought the RS765 was the obvious choice and wanted to dig deeper.

Having disassembled and reassembled both wheels i will follow my first intention.