Presentation of the manufacturer

Speedline SpA has been around for quite sometime now. Based in Santa Maria Di Sala, province of Venice, Veneto, they started like many automobile companies by producing wheels for racing applications. Soon they realize that the grand concept of racing was quite easy to bank on. It was after all the 80’s and motor sports of all kinds were flourishing.

Hence, they went from the tracks to the streets. This prompted them to produce for car makers and leave behind the aftermarket game. 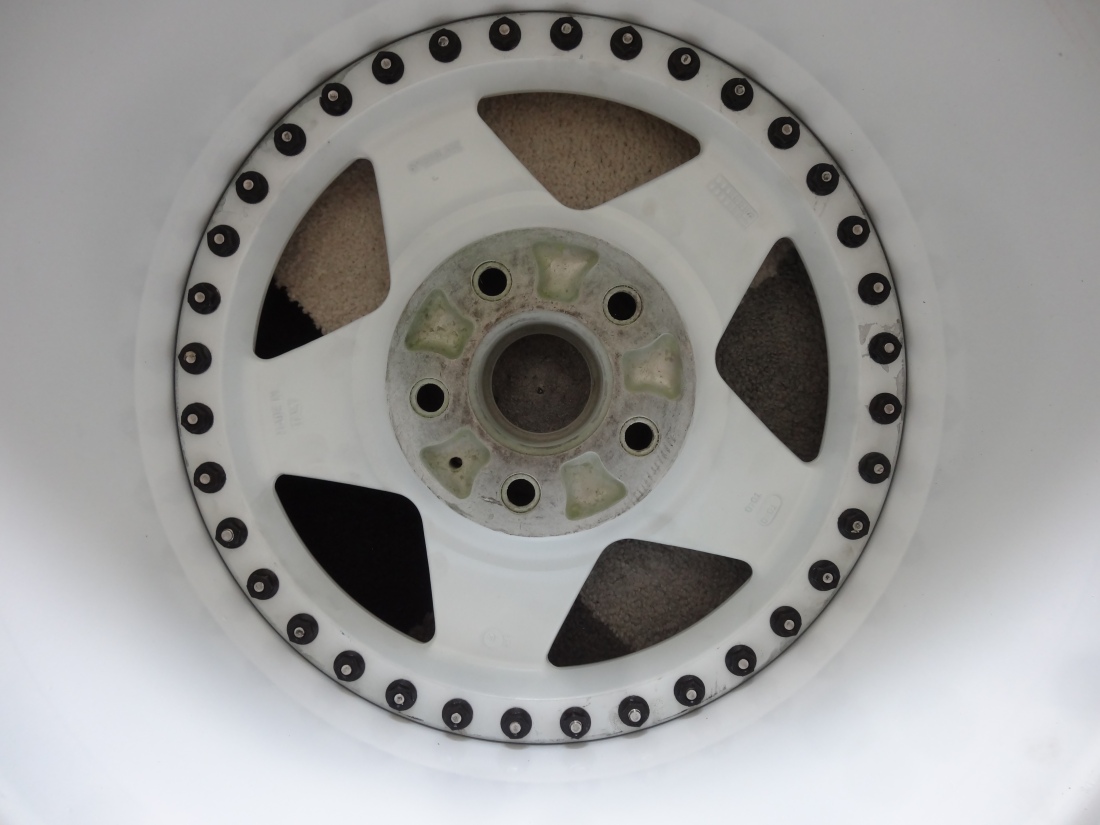 It’s hard to be a wheel manufacturer, as Fitment Industries pointed out several times in their videos, because you essentially hover between the temptation of making big money mass producing cast and boring OEM wheels, and the passion of crafting something you care about, but on which the financial justification is not as straightforward.

Speedline, as BBS did, went from the latter to the former, the final step of this transformation being the buying out by Ronal, a German manufacturer massively involved in the OEM supplying market.

On the other hand, the good thing about making alloy wheels is that you deal with Aluminum, that is it’s durable and relics are readily available. 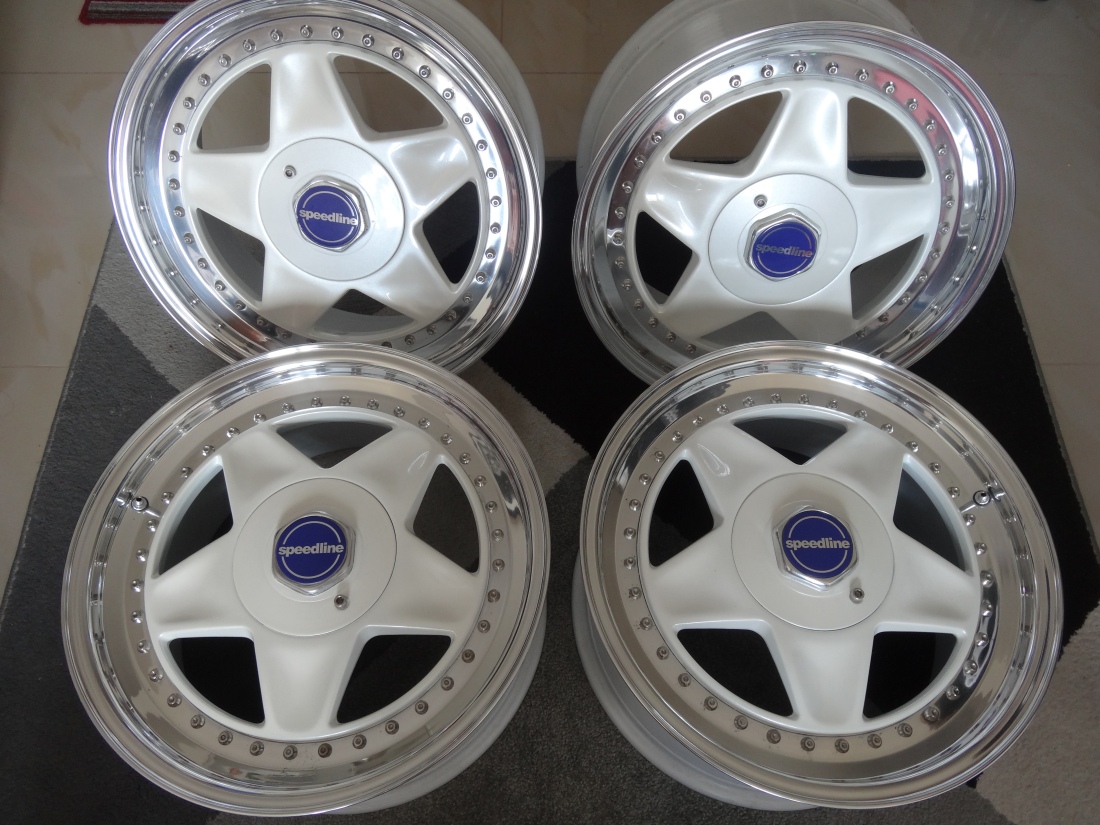 The relic from this golden era is the Speedline Mistral.

First a little etymology. Mistral is both a French and Italian word (it comes from the provencal word maestral meaning “masterful”) designating the Southbound wind that concentrate in the narrow corridor also known as Rhone Valley (where the author of this piece grew up) to flow violently through the Rhone Delta and further, to the Mediterranean Sea. Locals also call it vent du midi which literally means Southbound wind. Be careful to not call it tramontane as you’d be dearly mistaken.

As one can see, Italy’s influence on this region (tramontane being an Italian word phonetically transposed in French) is palpable.

Those facts established, let’s discuss the design and construction. 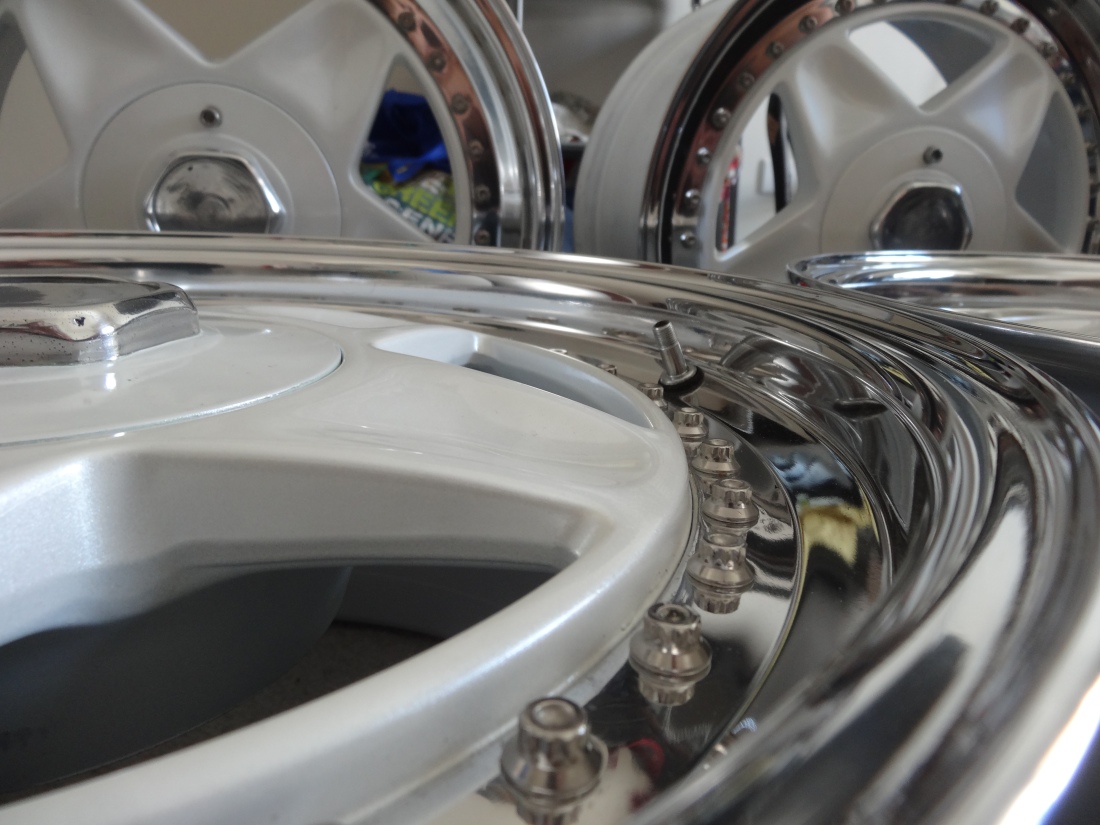 The classic design of the late 80’s was the star-shaped 5 spokes. No roundness, all straight lines, as if cars of the era weren’t boxy enough.

OZ racing came up with its Futura design and Speedline with its Mistral, it’s hard to pinpoint a precursor and I won’t engage in that debate. Honorable mention : Autostrada Modena with a strikingly similar design…

After all, at the time both OZ and Speedline were young and innovative companies.

They hadn’t reached the status of global leaders they now have acquired via mergers and acquisitions.

Speedline only produced those wheels according to specifications supplied by the buyer, that is in very small batches. 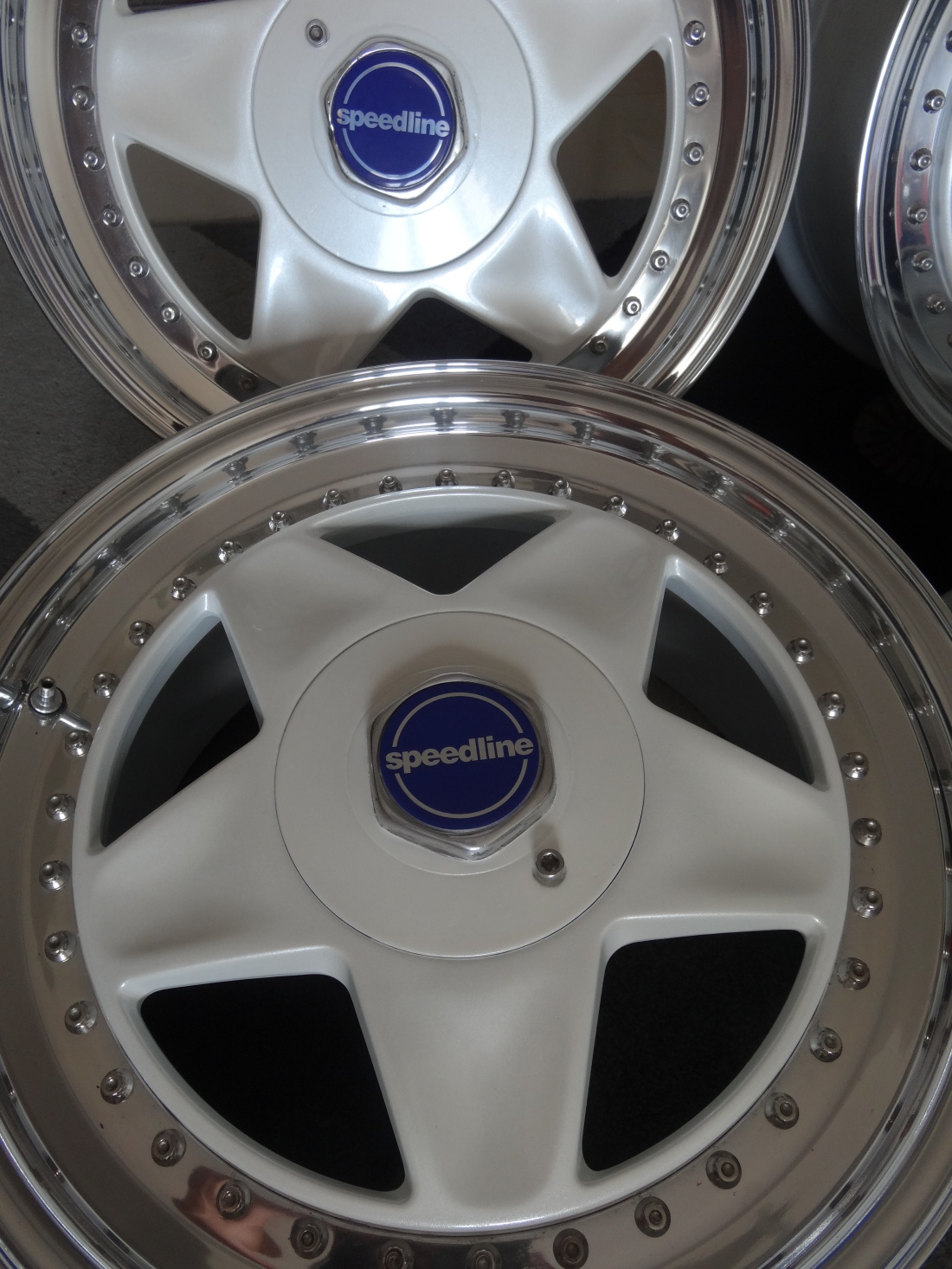 That’s why you won’t see the dimensions of the wheel underneath the hubcaps. Those were acid etched – and not durably so – on a recessed surface of the lips, right next to the bolts holding the 3 pieces together. Indeed, why engraving on the forged aluminum center dimensions that are bound to evolve constantly?

In a way, this extreme customization does them a disservice, as it becomes rather difficult to identify them, unlike the BBS RS, the juggernaut of the 3-piece forged wheel at the time.

Only a mysterious reference number” SL 614 X”(X being a letter depending on the wheel specs) is engraved. Notwithstanding the common inscription for all Speedline wheels “SL” is present.

Going back to design cues, it’s a little bolder than the square Modena. The spokes are slightly concave which can give off a somewhat goofy rendition if one chooses a satin of mat finish that would put a special emphasis on the wheel’s construction. Nevertheless, it’s a beautiful design that compliments nicely most of the cars of the era, especially German small to mid-size sedans. 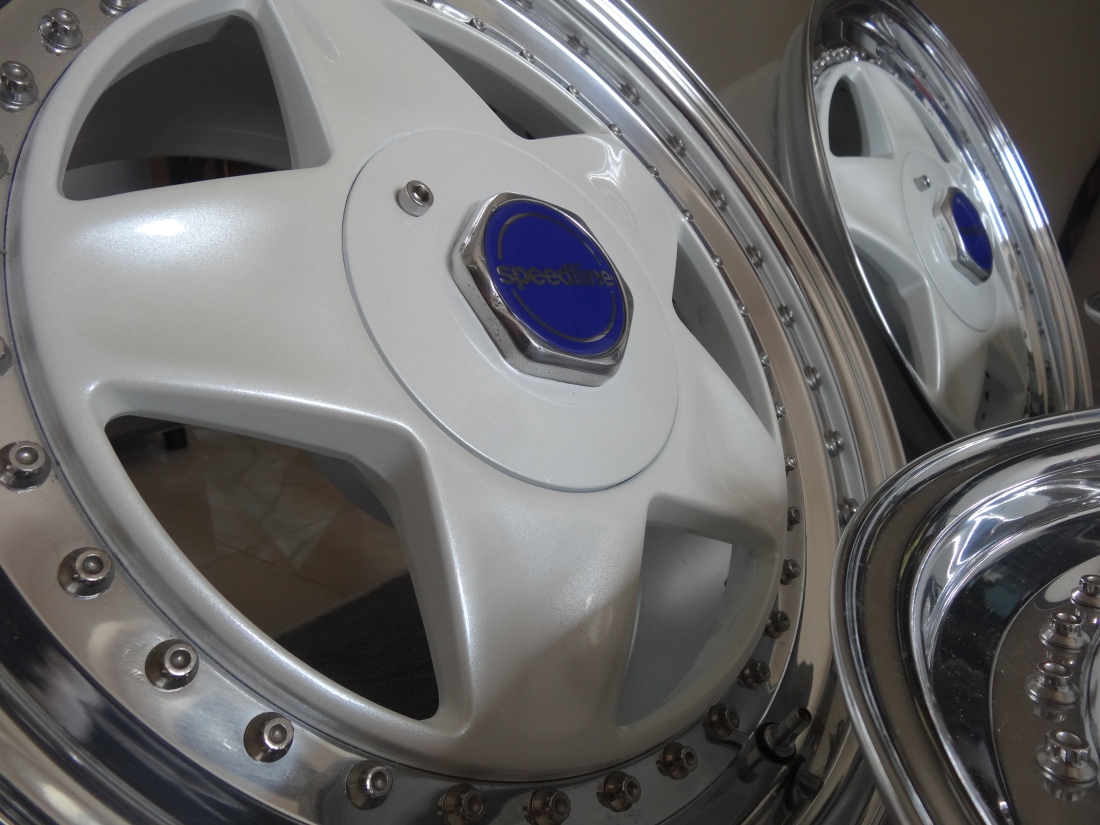 The hubcaps are typical of the era: they cover the hub mount and lugnuts holes.

As reference, during this era, Speedline was capable of producing slightly bigger forged monobloc for the EVO II, for about the same weight.

Custom built, the diameters range from 15 to 18 inches, the Ferrari (5×108) PCD being the rarest and most desirable.

Interestingly enough, as these wheels are lesser known in the Japanese cars community, comparable examples in 5×114,3 go for considerable discounts, while they are cheaply adaptable on 5×112 cars using wobble bolts.

The Speedline Mistral is an important wheel, and while it misses the mark with its inattention to specs detail its remarkable design and race-oriented construction makes it a valuable souvenir of the golden era of motor racing.

Specs of the wheel featured

Note : this set has been modified to accomodate an easier to operate unlocking system that allows to unscrew the hubcap with a simple allen nut, instead of the proprietary round Speedline safety key, that is now no longer available.

The centercaps’s polished outer rims are also a modification.